HappE: We had two birthdays to celebrate this week. So Eric, Helix and I went to San Isidro (a city we heard about) for a couple days and met up with a couple of friends. We stayed at this silly little communal cabina village, owned by a super cool hippie weirdo guy who invited us in with open arms. We were greeted near the pool that he just recently turned into a ‘snorkeling pool’. Yes, he made a fake rock and put a bunch of fish and snails in the pool  so you can swim with the fish. I somehow didn’t get a picture of the pool, I guess after a few minutes of meeting the place, it just seemed so ‘natural’ for this quirky home. There lived mostly old retired Americans living for cheap and smokin their Jane before 8am watching the buzzards as they called it. Ha Ha yeah, it was ‘that’ kind of place.

The property we stayed on was quite beautiful and tucked in this pretty spot. Really green and lush…. well it is the rainforest.
(I didn’t notice the rainbow in this picture until I got home. So nice!) 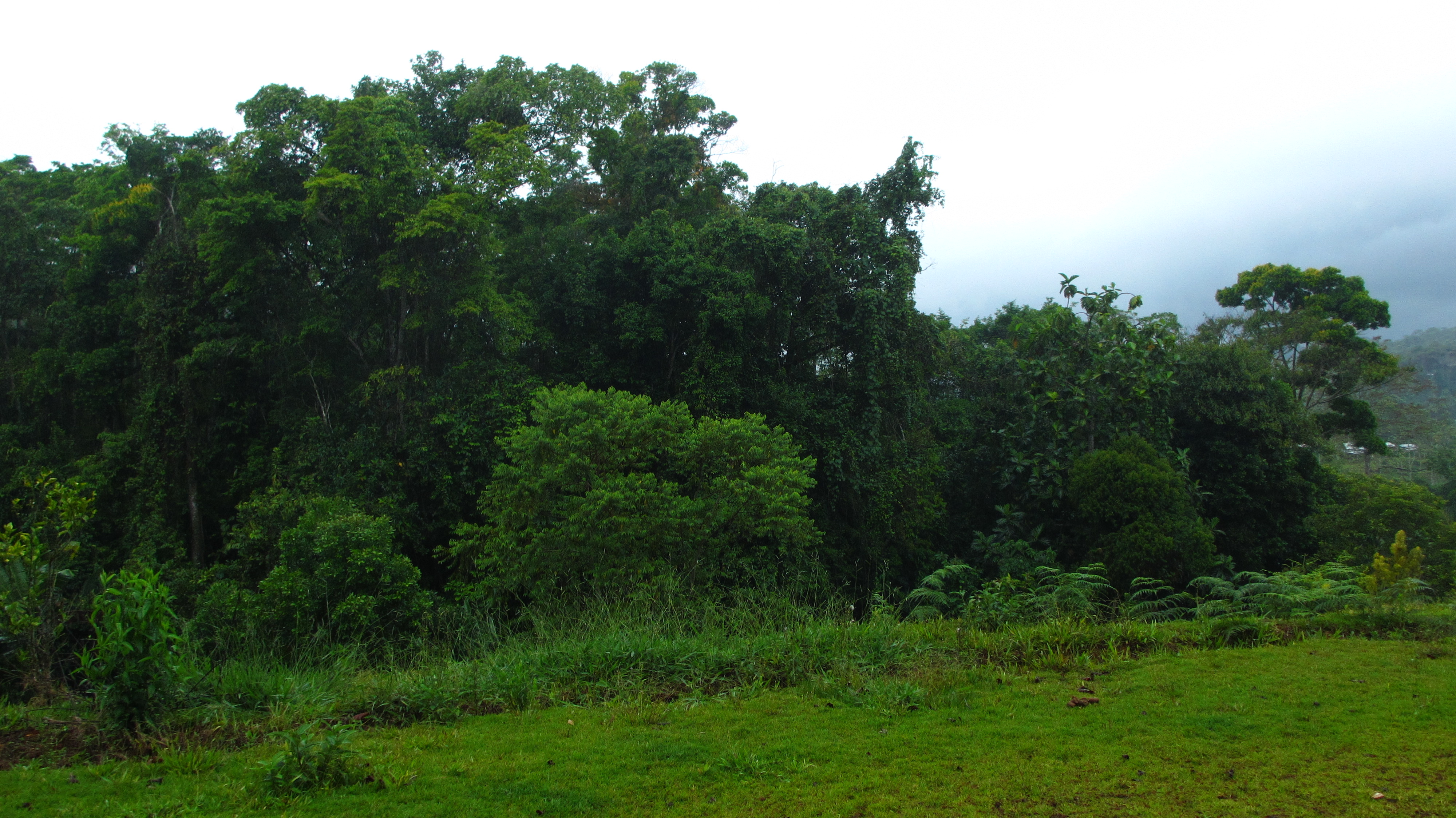 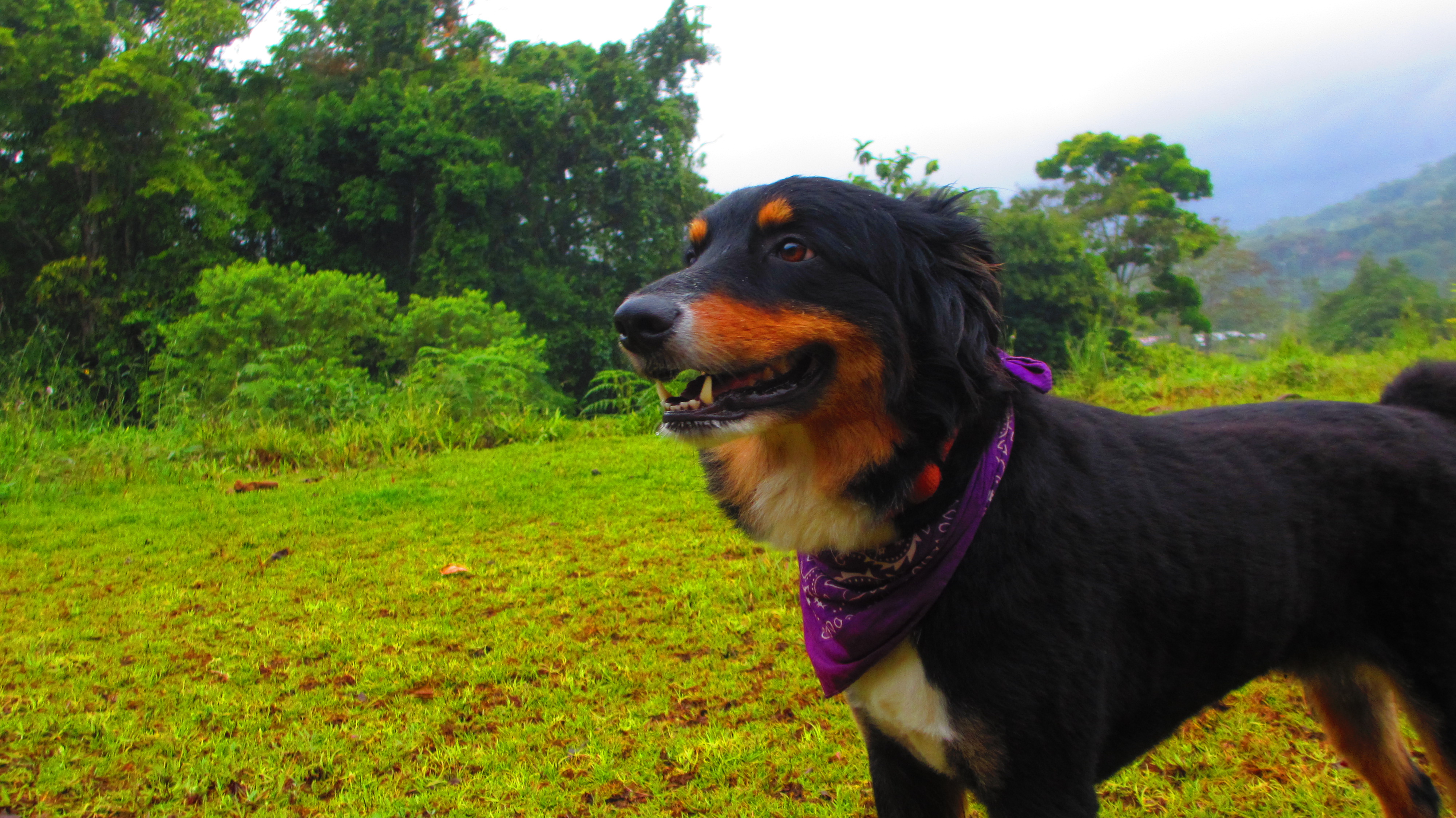 We went hiking at an ecological reserve called Fudebiol. It was wonderfully amazing!!

We started our hike by a pond of Lily pads. 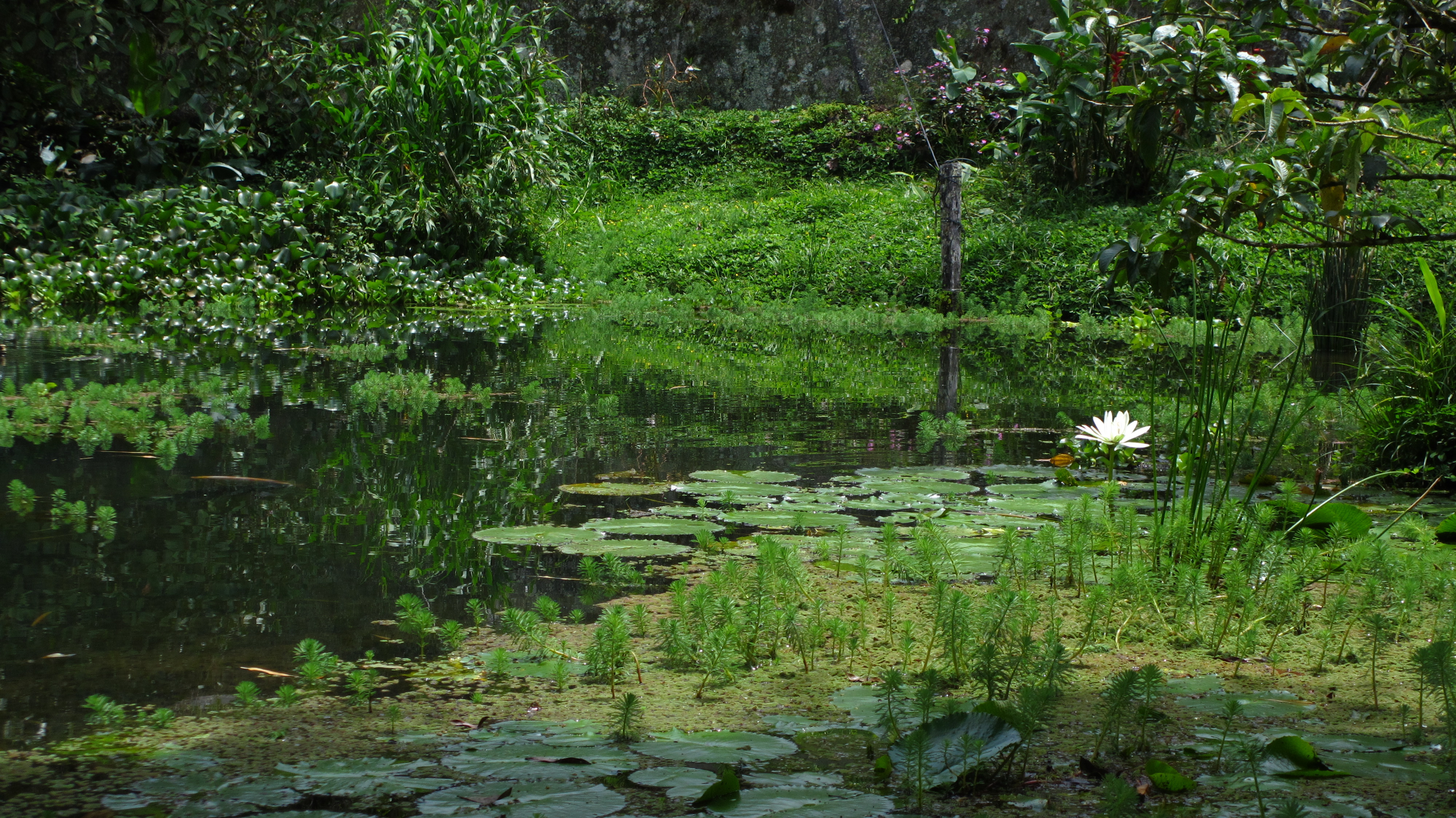 Then through the Jungle we went. 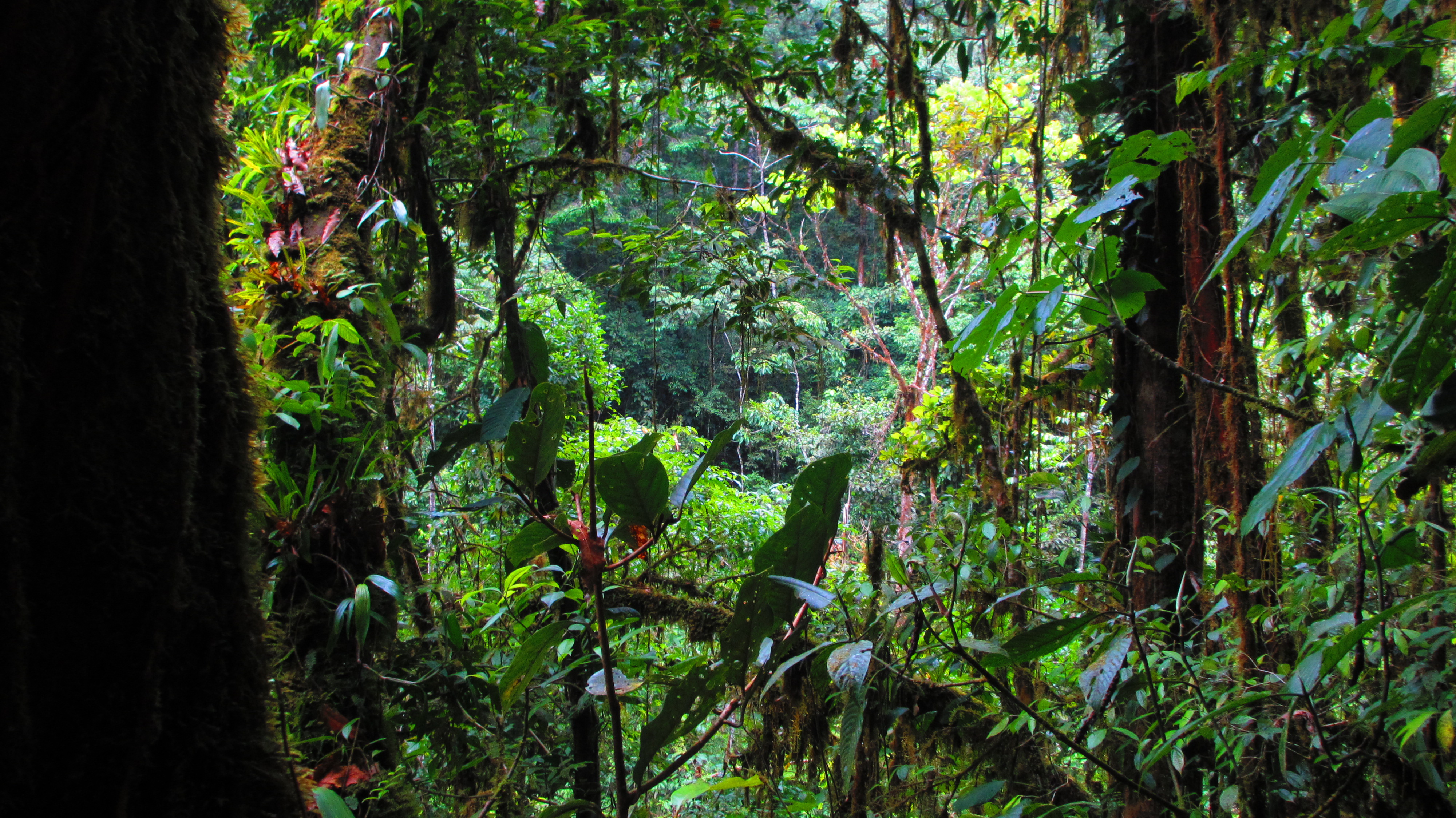 We hiked up a ridiculously steep hill using tree roots as steps. Every sun beam shining through we thought we were almost to the top, but it was just another bend to go up more. At one point we even used a tree vine to climb up some rocks. FUN! The top of the peak over looked a pasture and a great view (below). I have not had that much cardio in a while, it was an awesome way to get it. 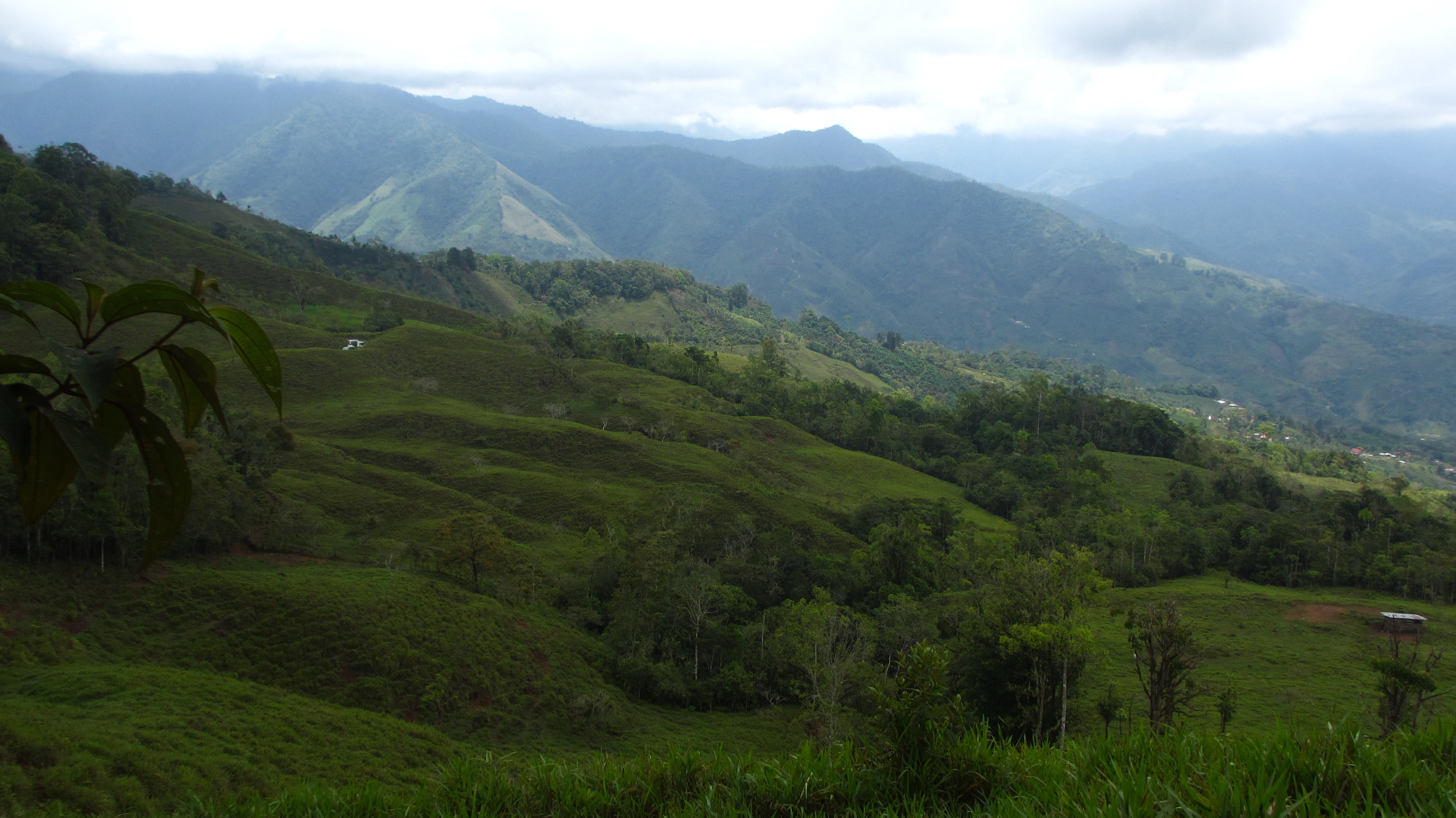 We then went back through the rainforest down toward the river and waterfall. It was FANTASTIC in there! Everything was wet, and glistening. Plants growing on plants, growing on other plants. Moss, mushrooms, butterflies and just ‘life’ everywhere. I was stopping to look at everything! We eventually got DUMPED ON by lots of rain, so the pictures stopped and we made our way out the forest. That was a LOT of rain! So cool!
I had so much fun, seriously! 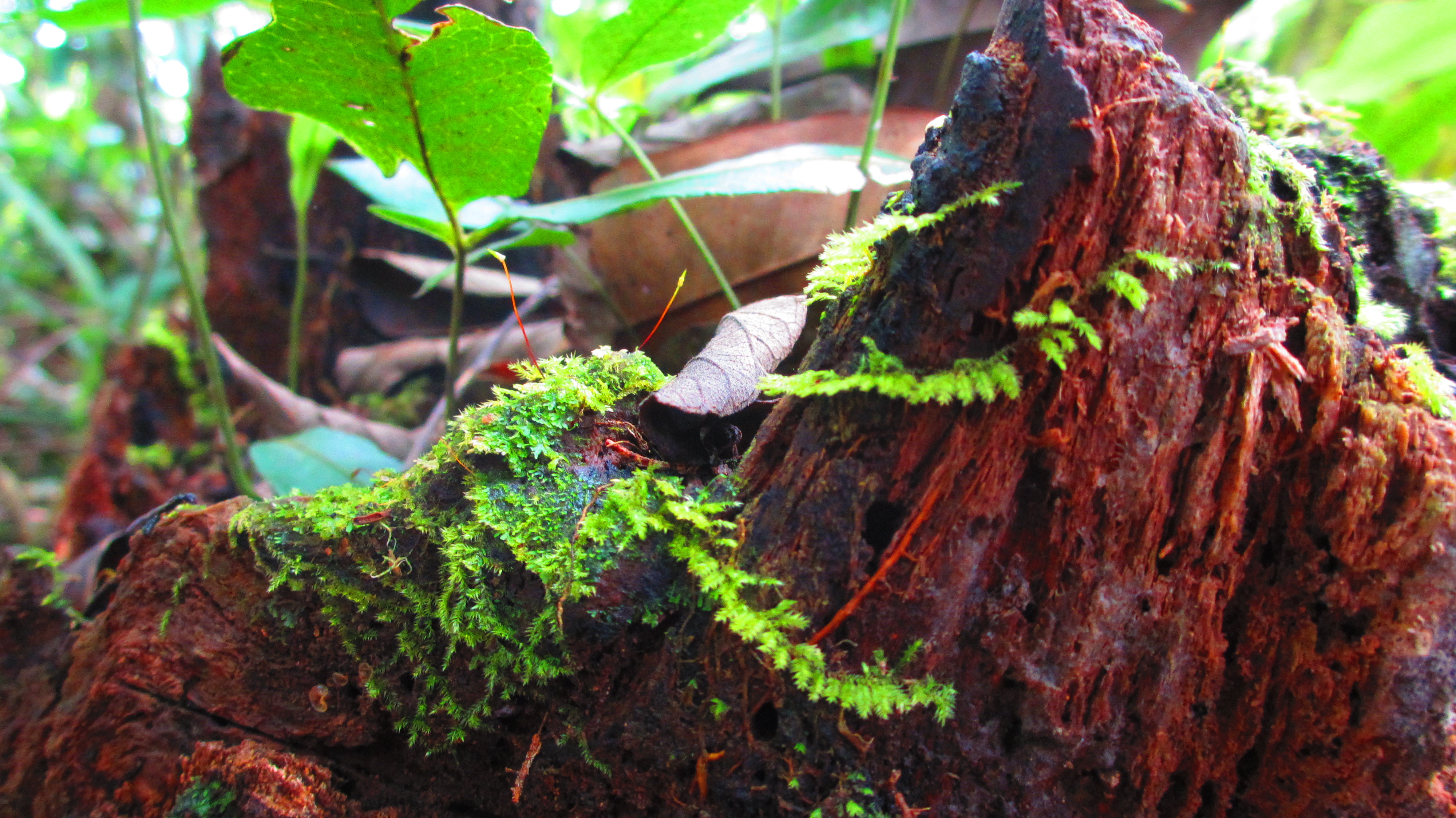 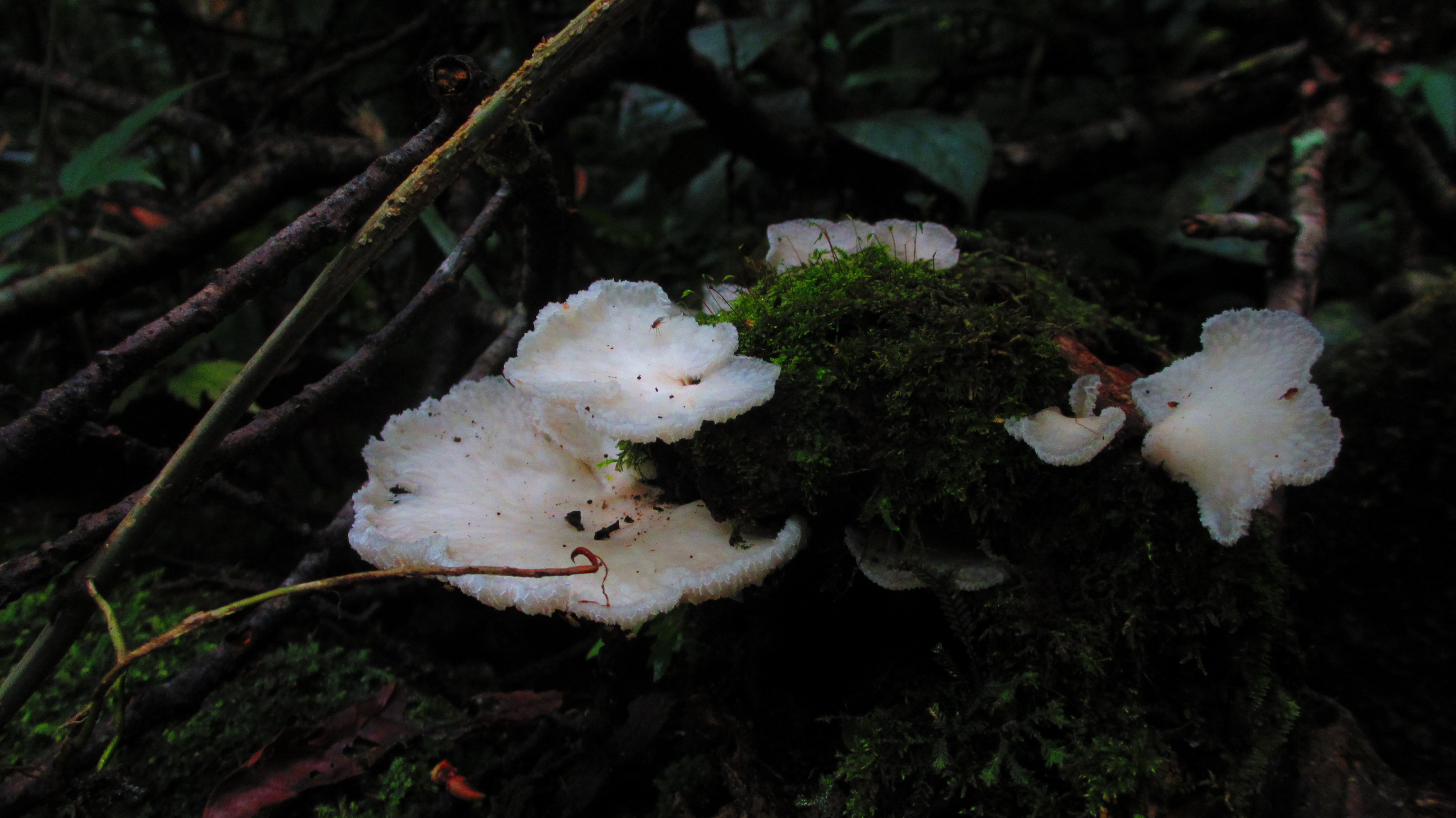 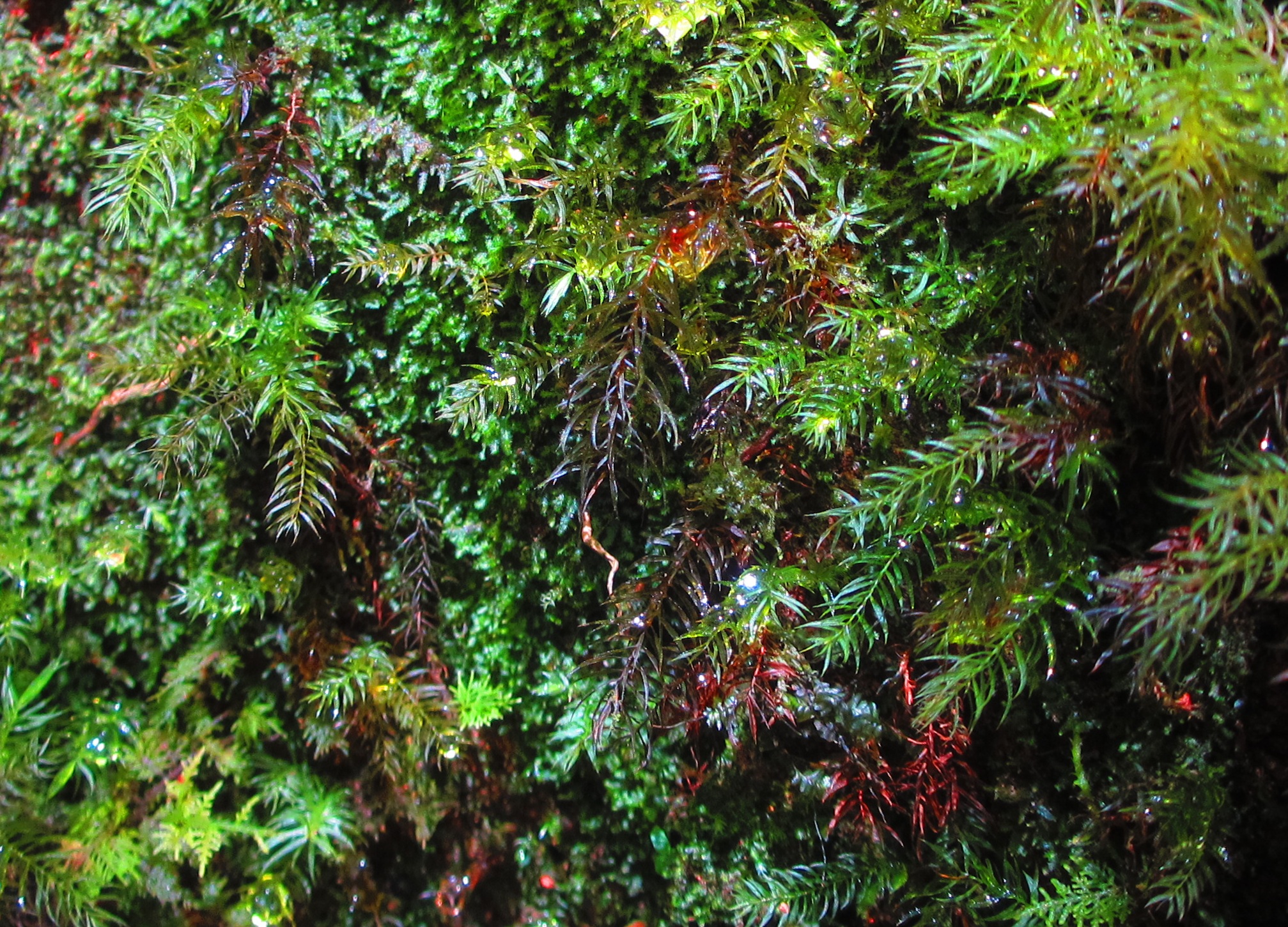 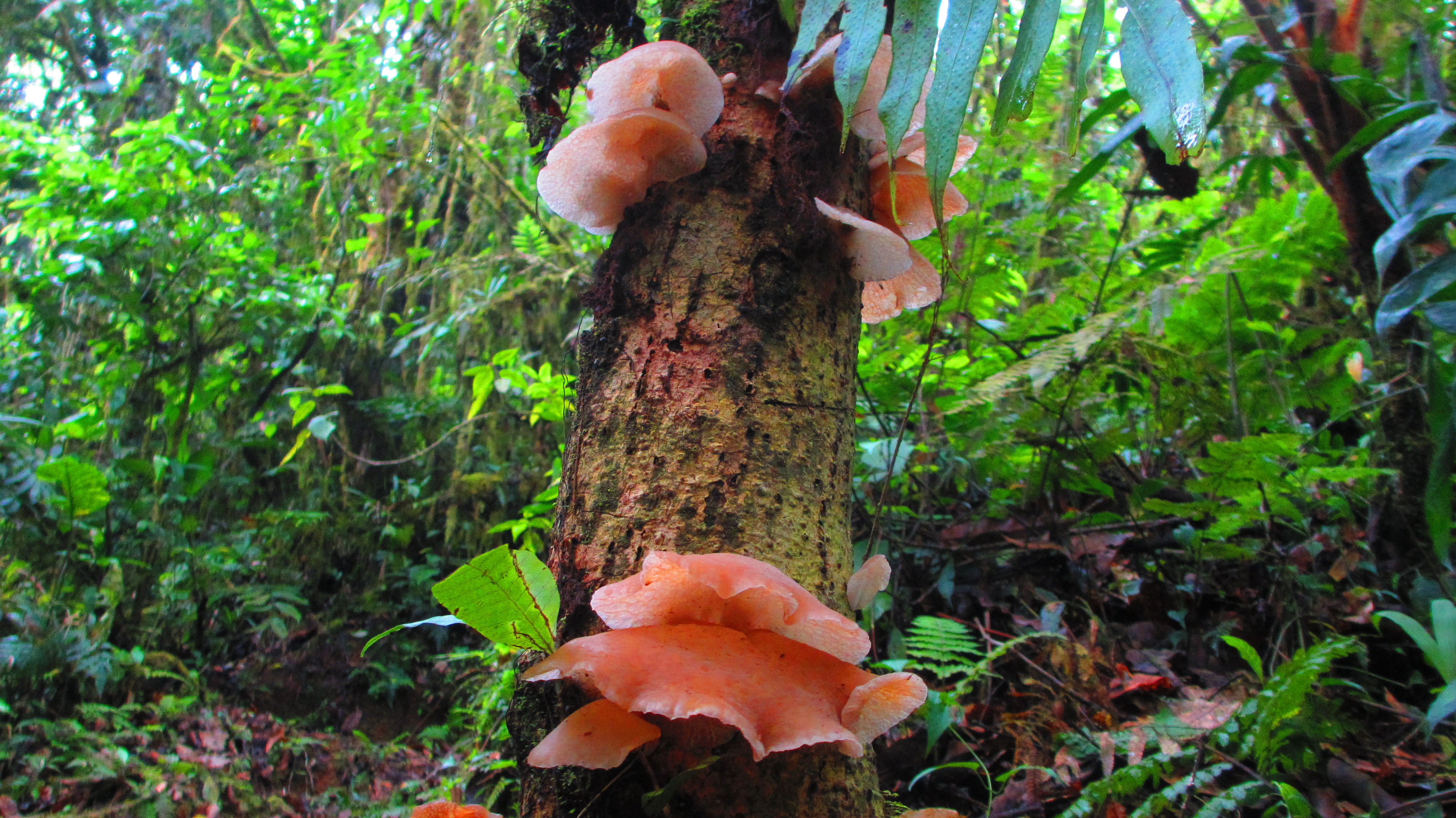 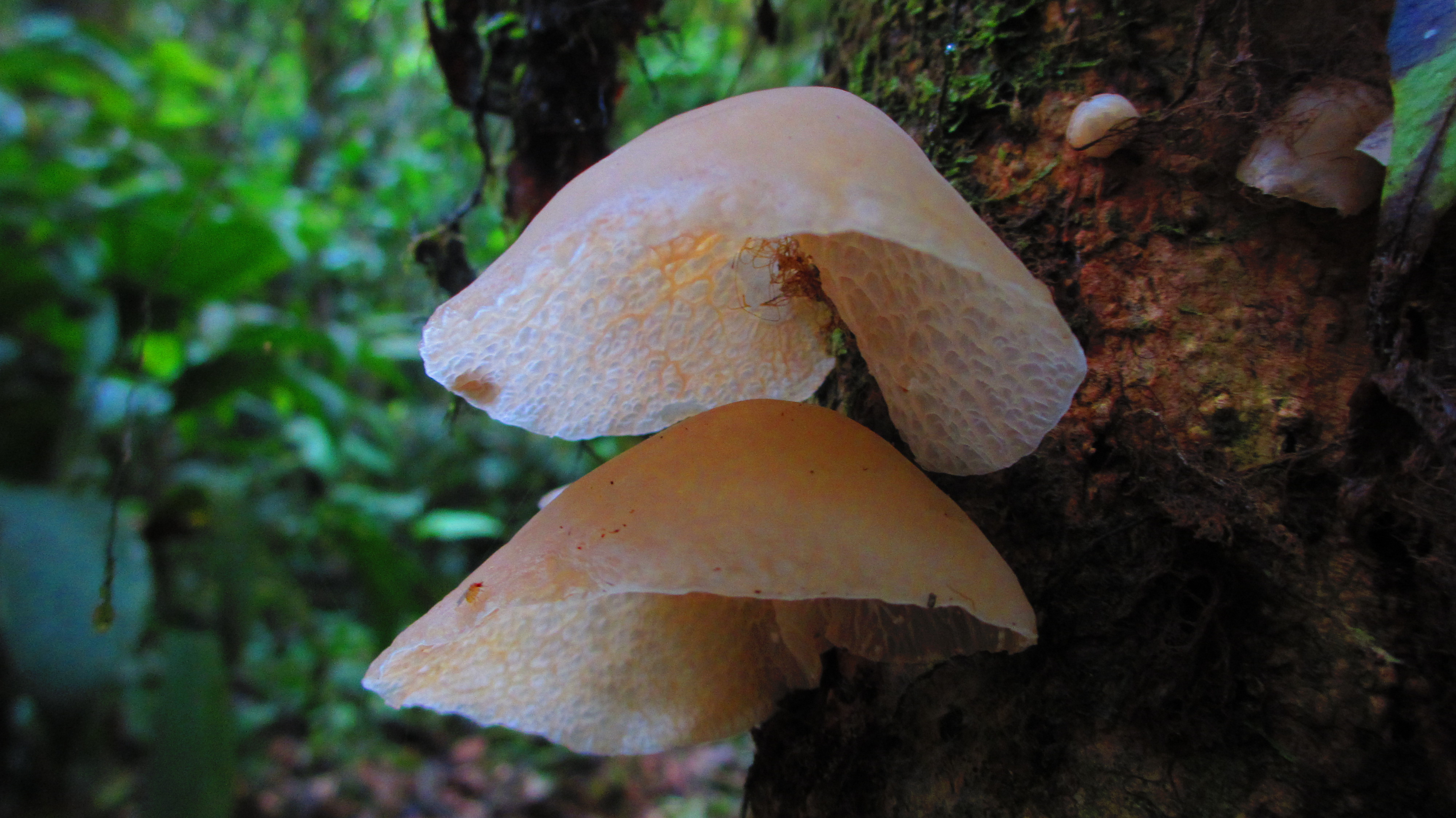 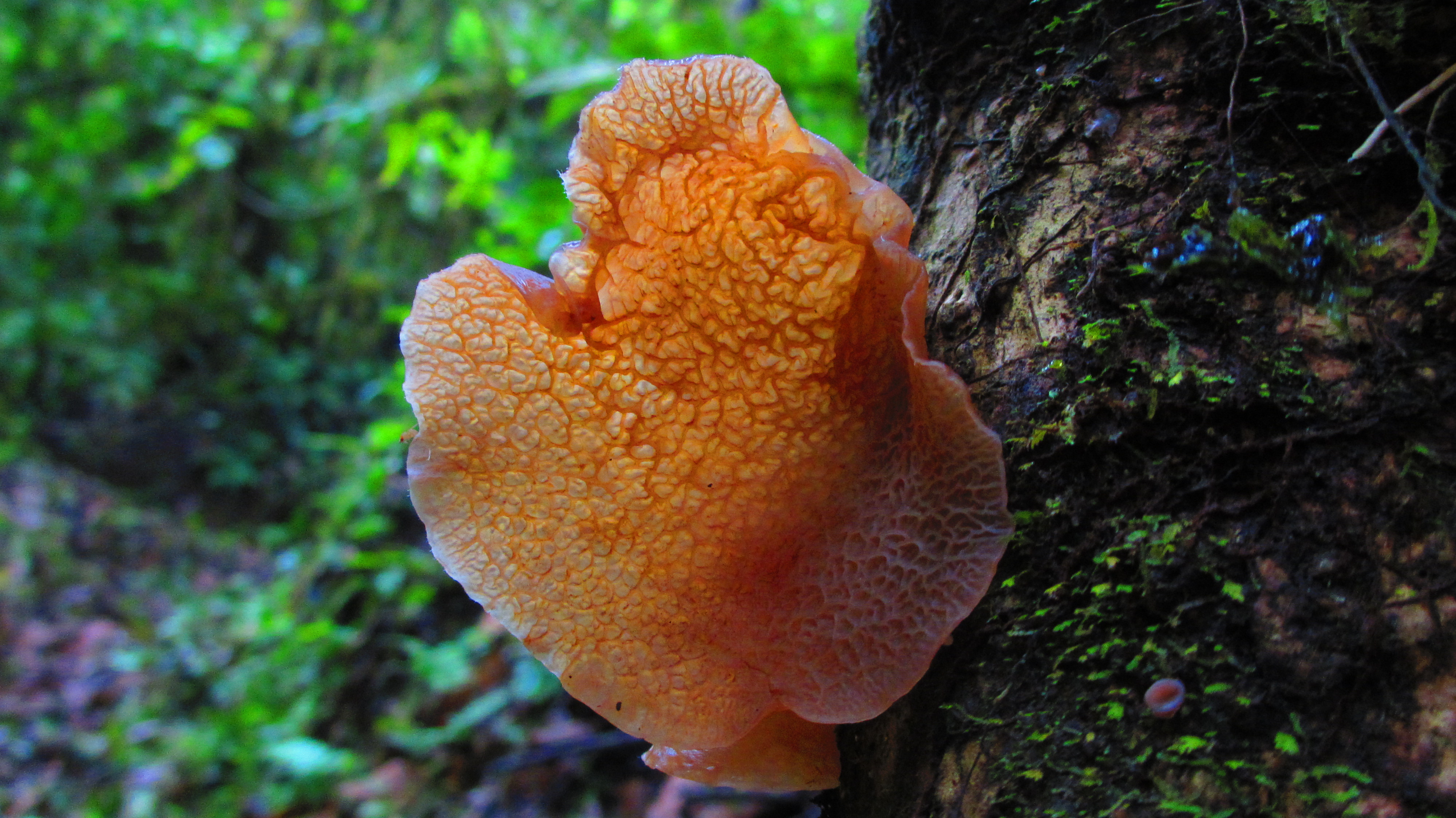 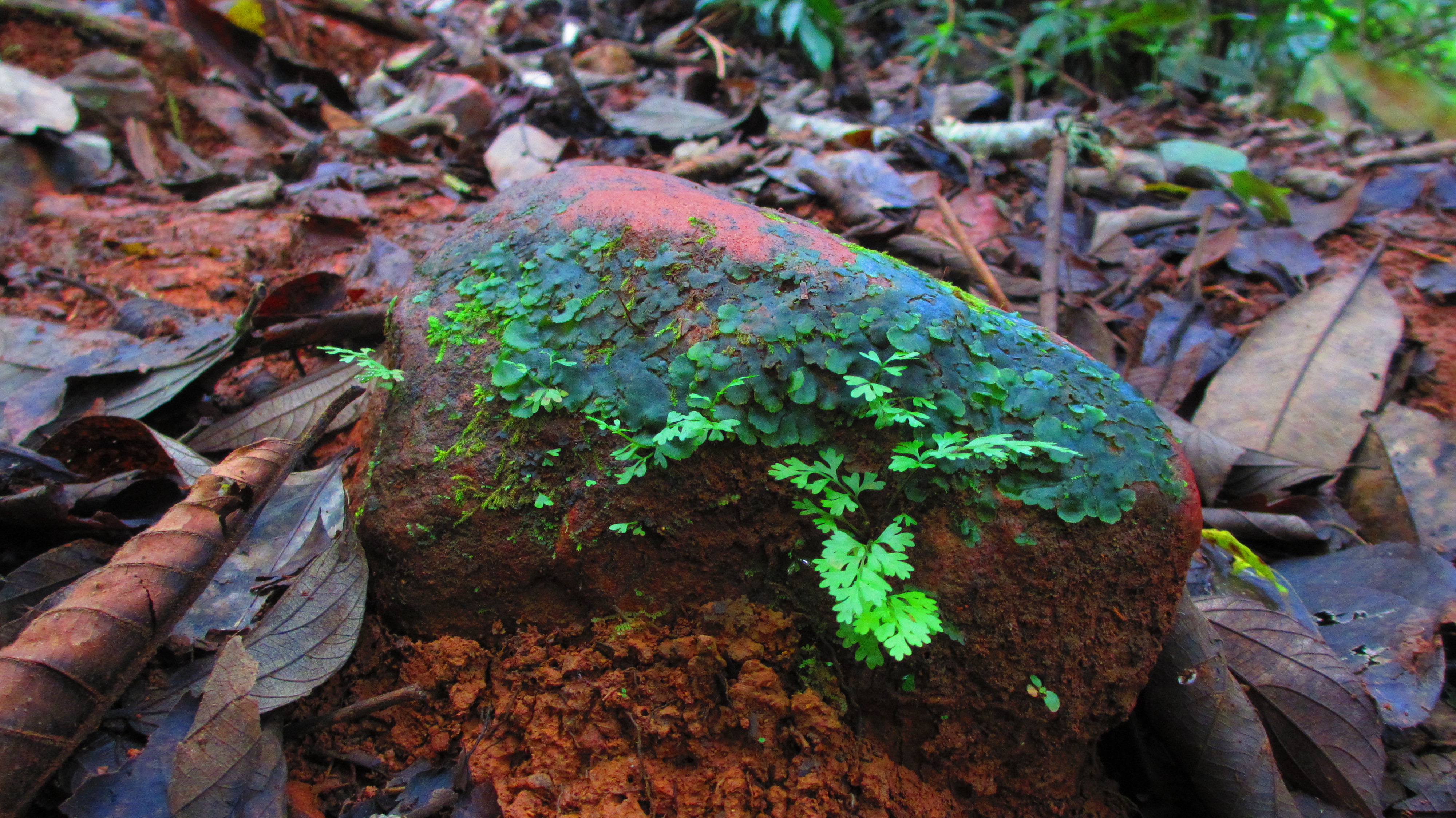 We came around this corner of jungle with moss everywhere and light shining through the trees. And between everything were these HUGE butterflies. 4-5 inch wing span flying through the mossy trees… so majestic. Ahhhh So beautiful!!!! 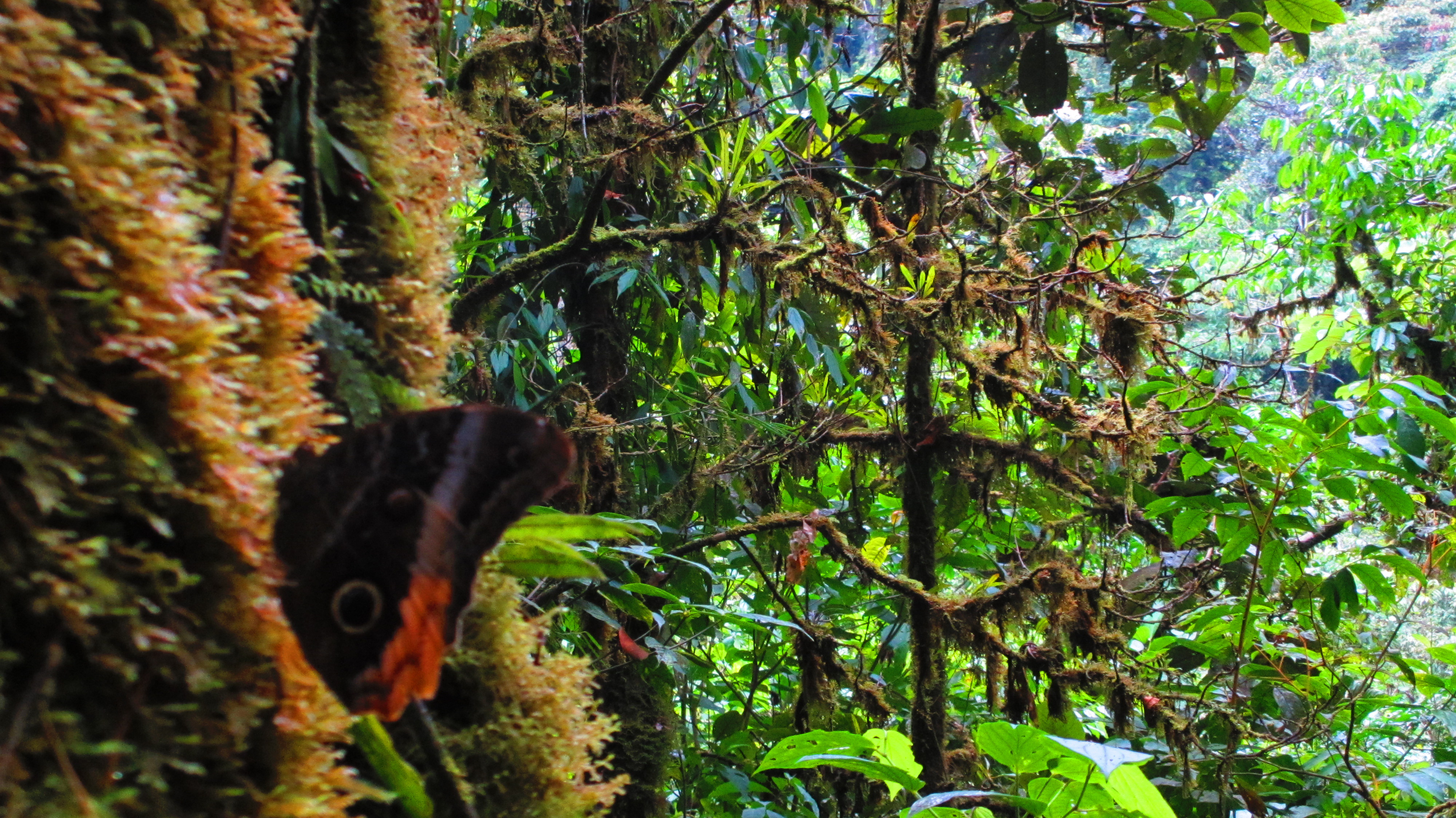 Here’s a few random pix from our drive around San Isidro.
We drove on a ‘road’ following our phones’ map, but this country is NOT like the usa where everything is mapped (mostly) accurately. So we drove a few miles until we came to the ‘foot’ part of the path. There was NO indication anywhere that our driving road would turn into this narrow walking bridge. Something makes me think the truck wont fit…. 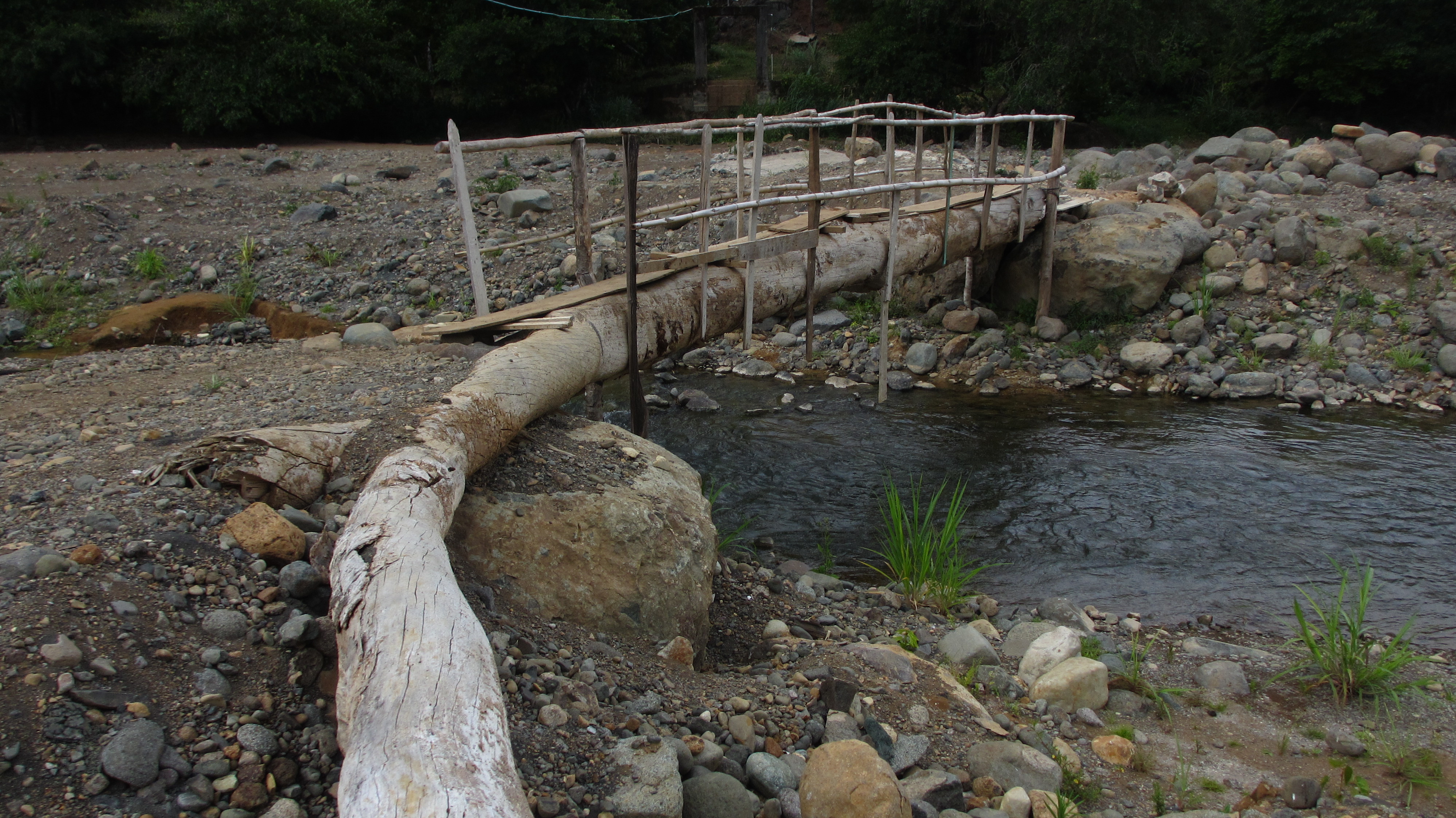 On our way travels we took some more random pictures. 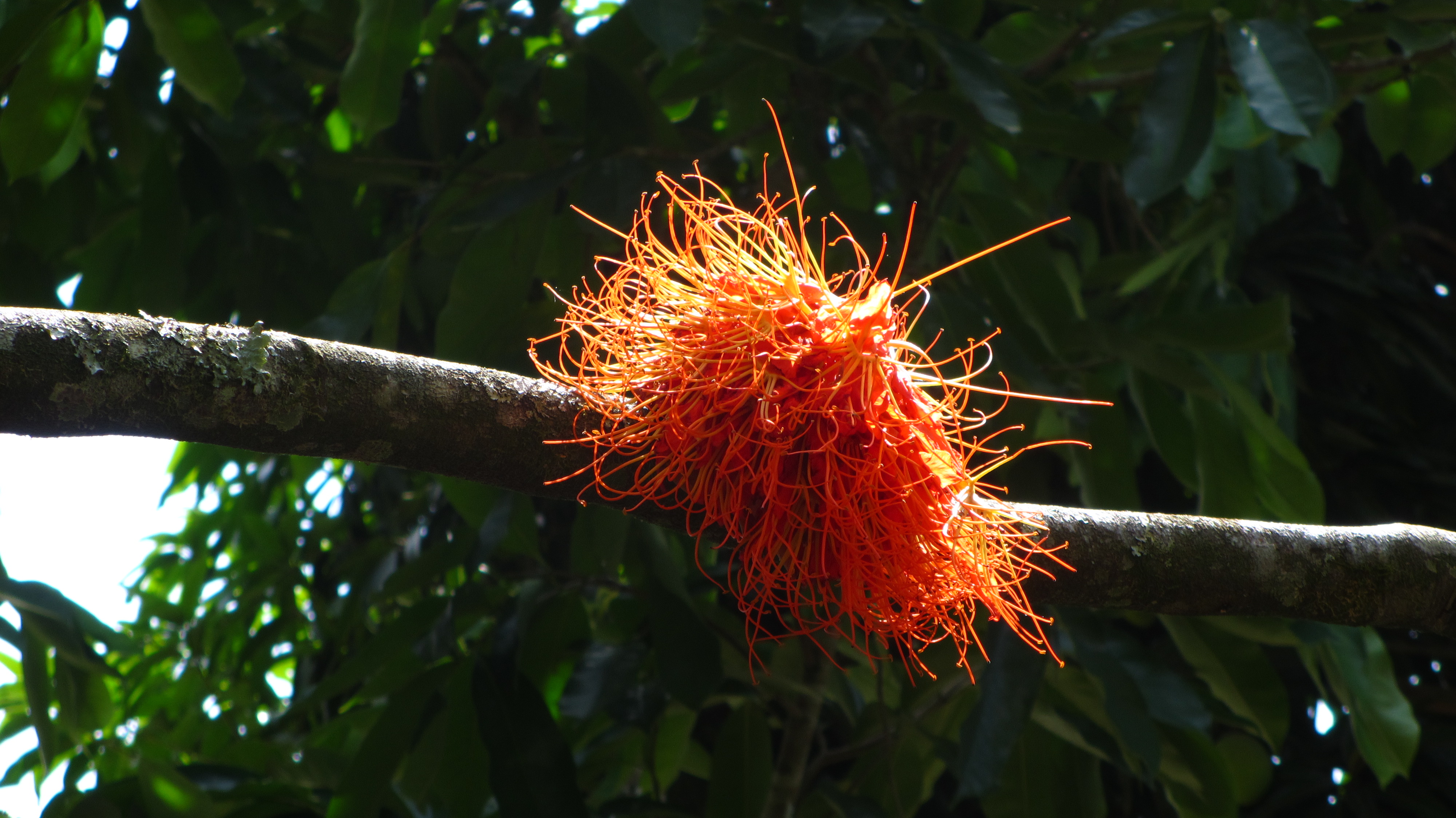 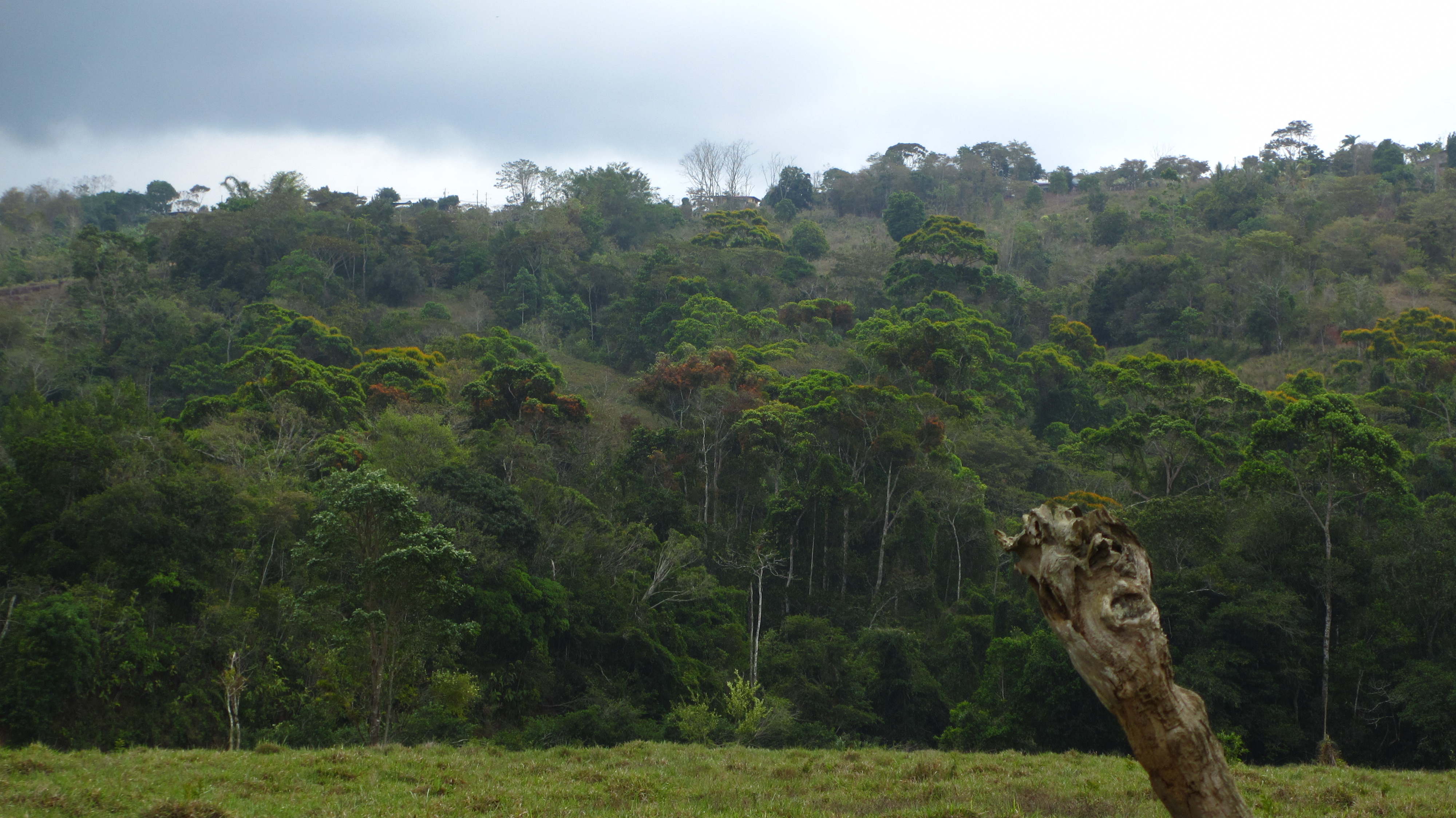 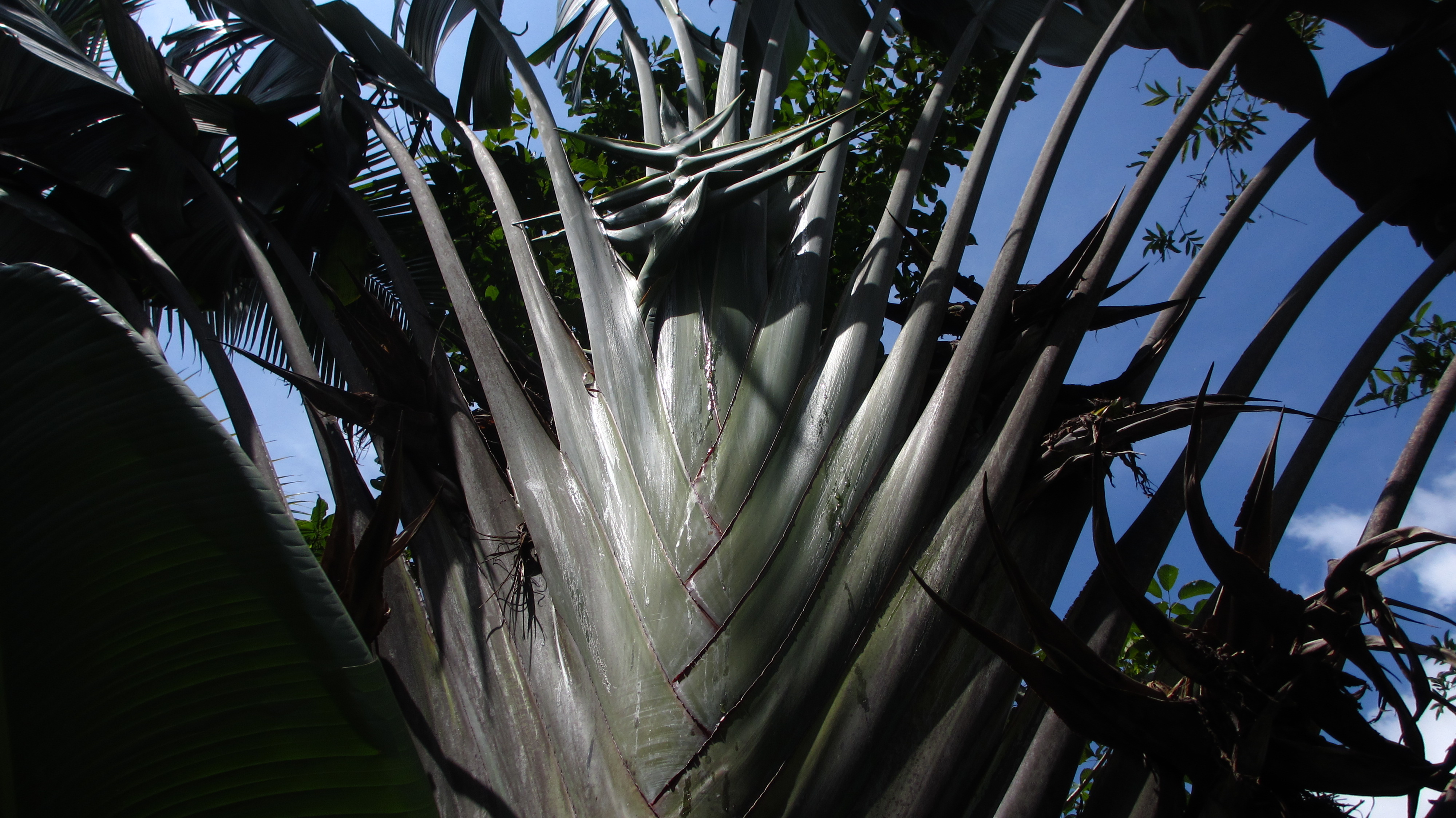 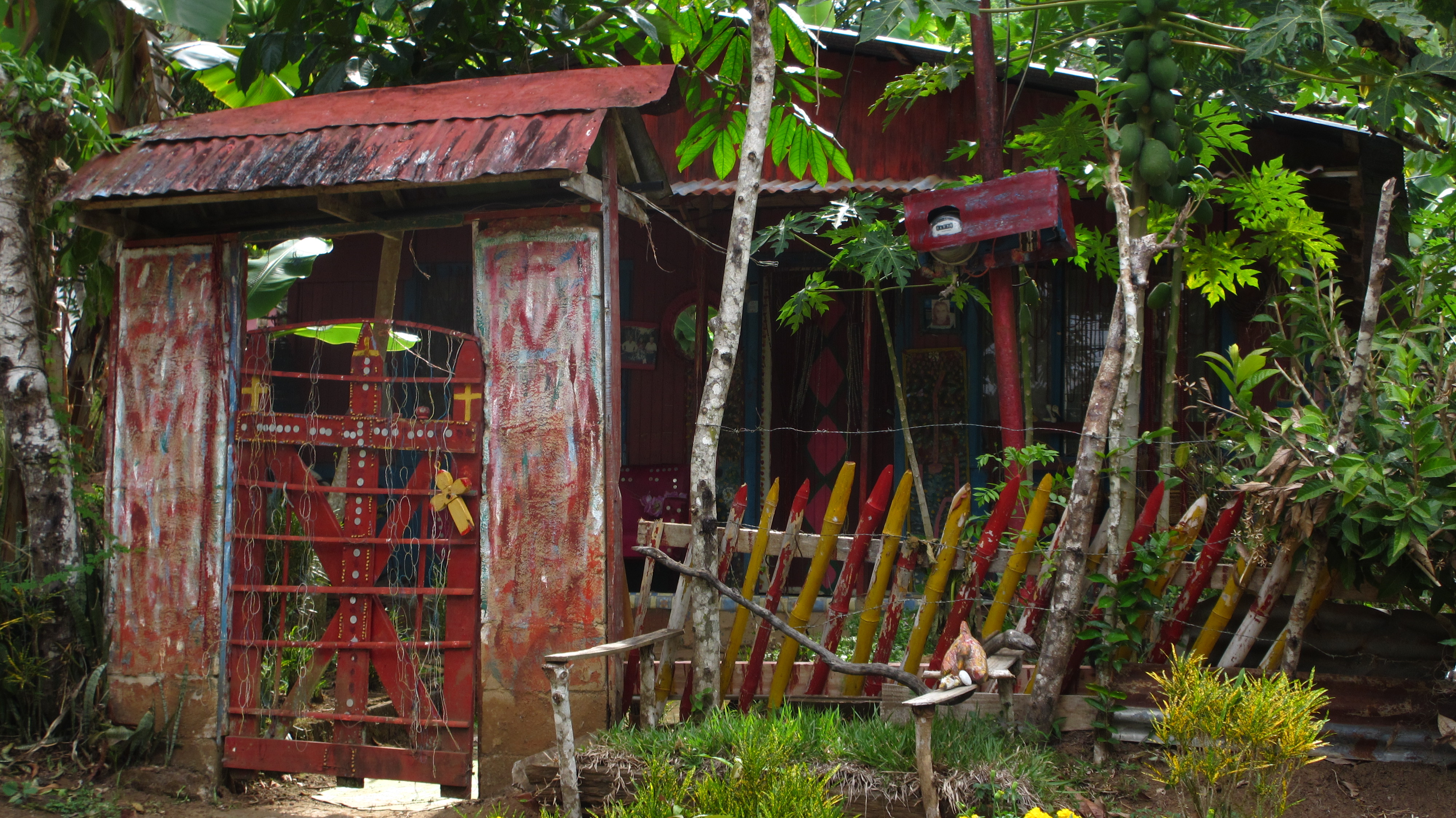 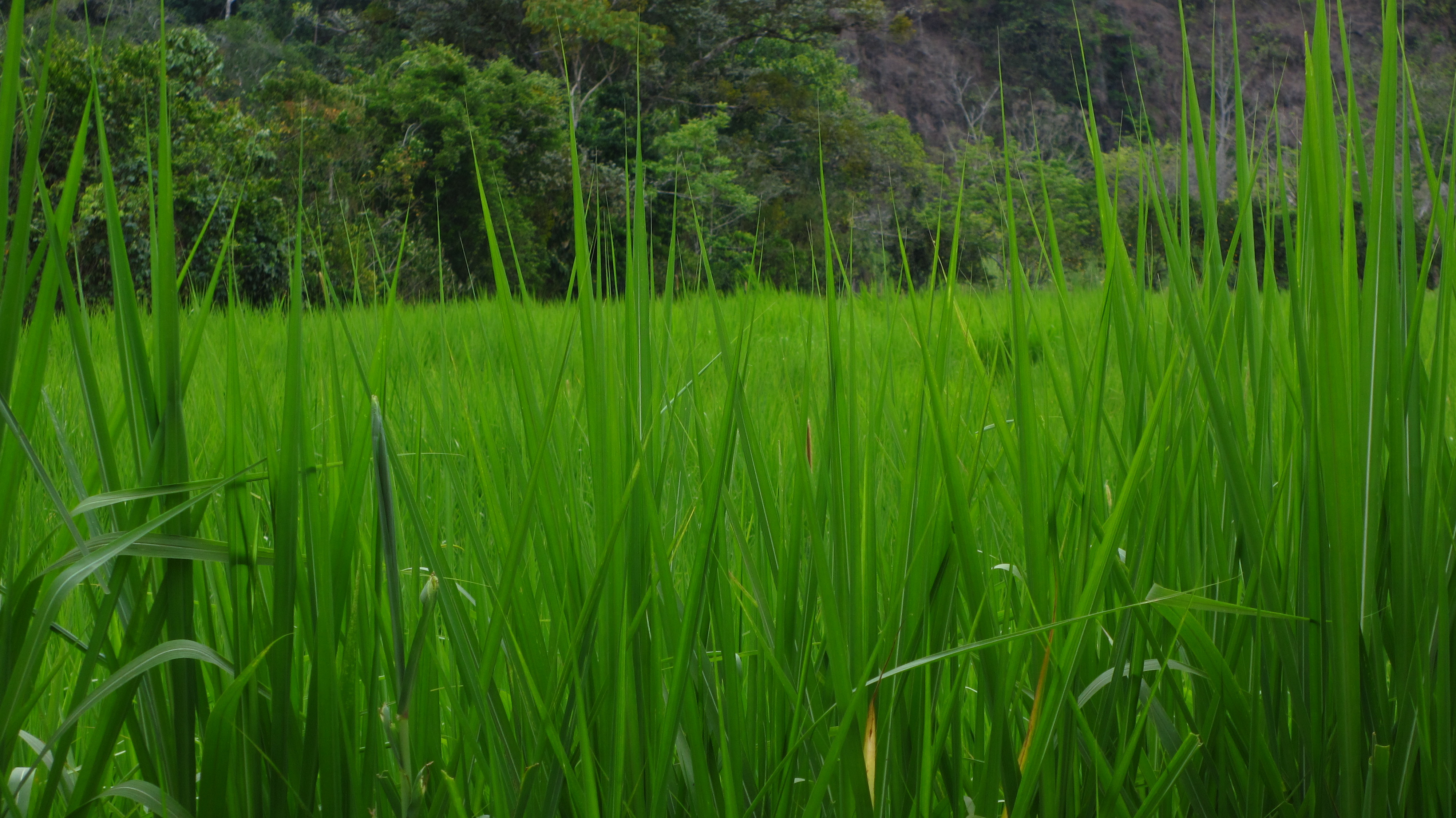 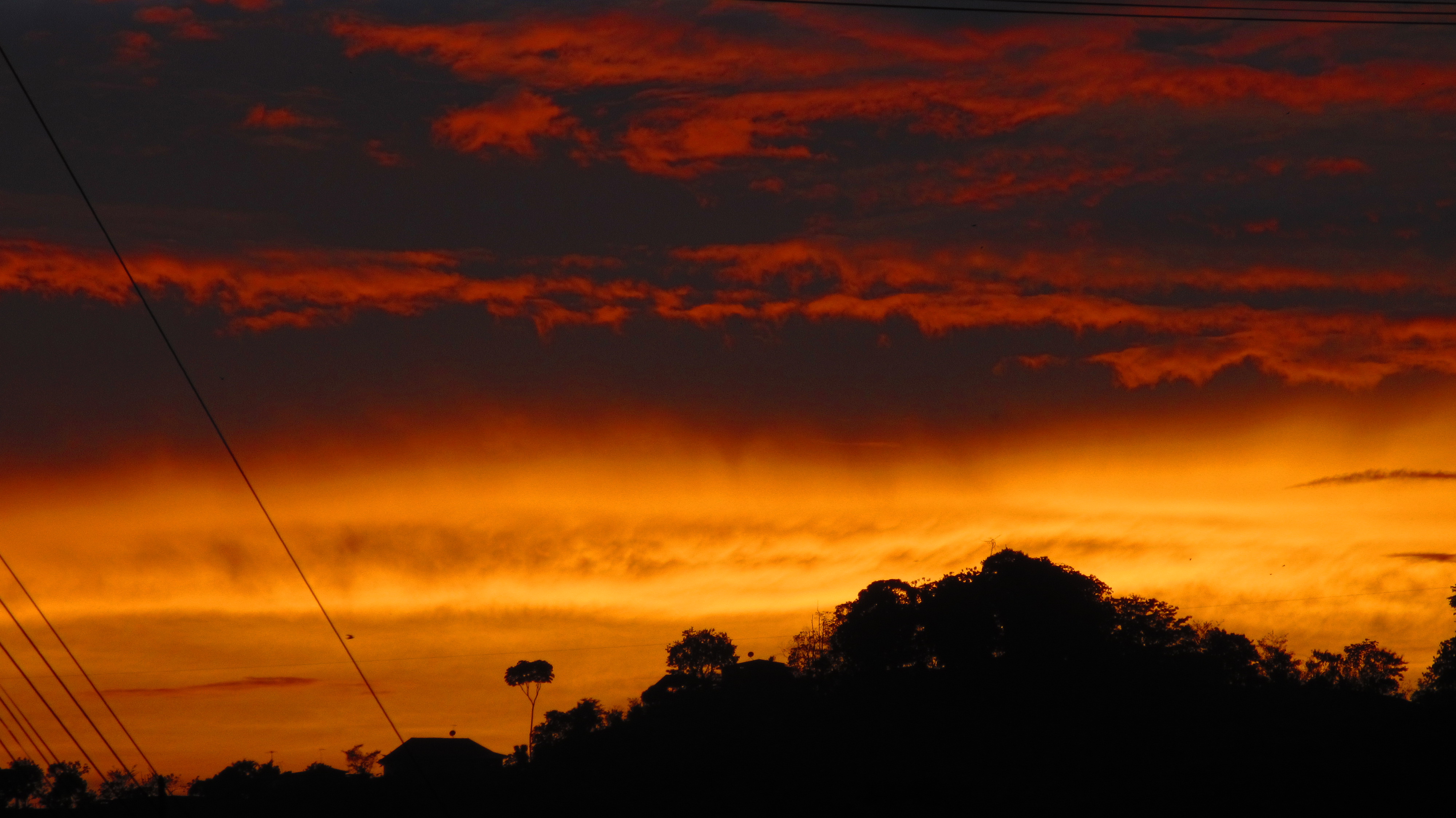 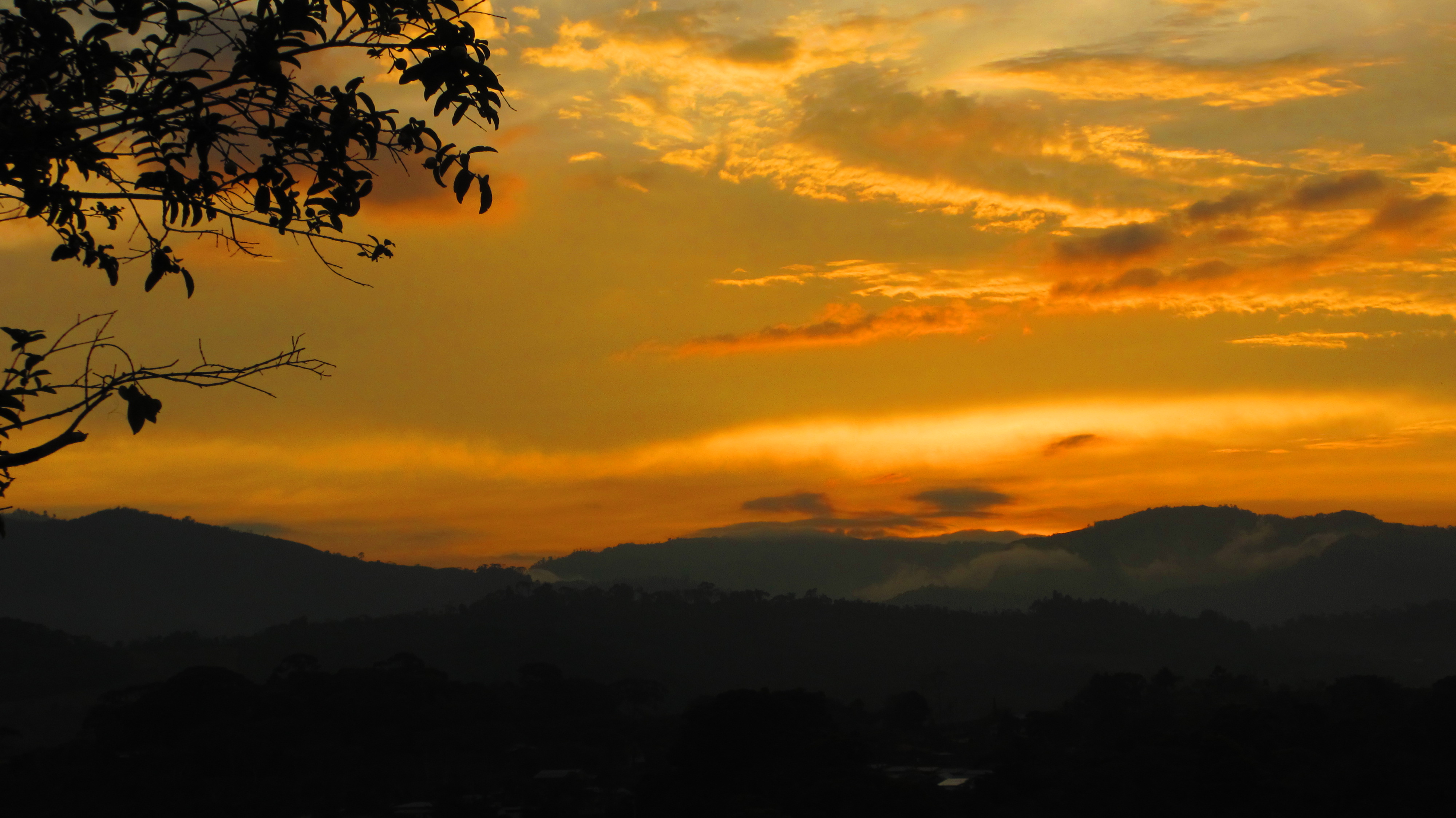 We saw the prettiest bird ever. I have never seen a color so bright it looks like a light. This picture below was not taken by us. I just wanted to show you this beautiful bird. Though, the pictures do not show just how BRIGHT and beautiful this color is. You’ll just have to come see yourself 😉 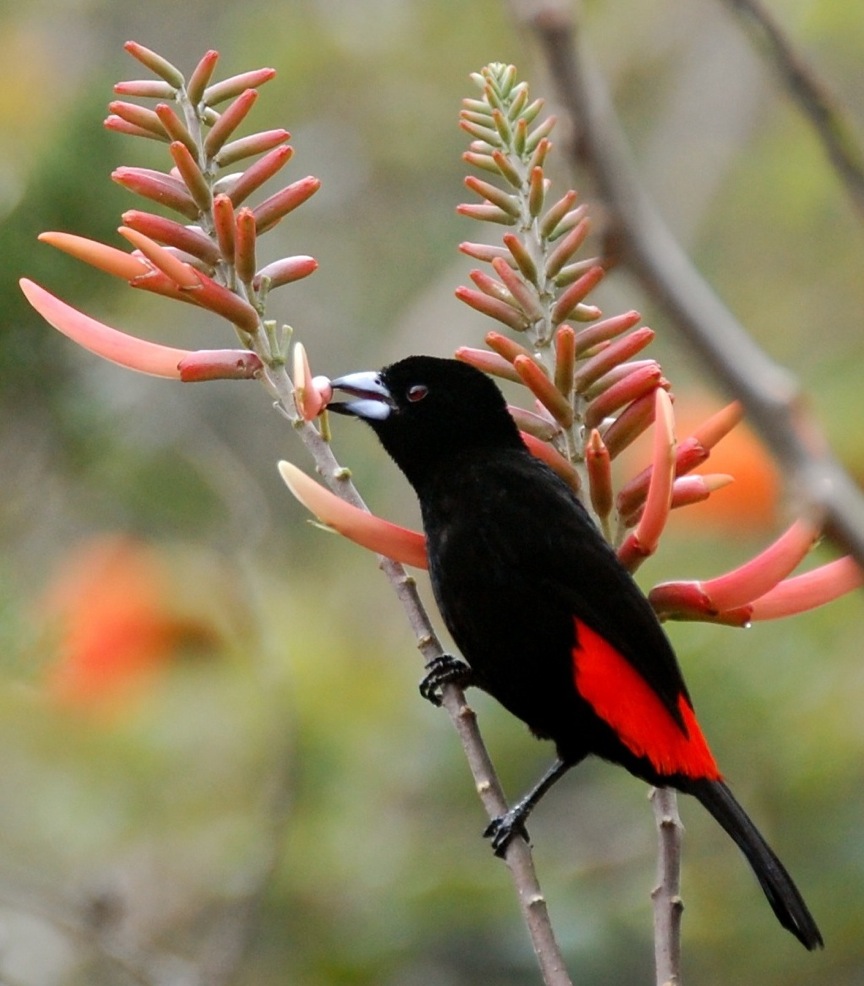